A war on drugs has begun
From the Indian poppy plantation
To the century of humiliation
Decades of a meaningless war
Dead bodies washing up ashore
Overdoses from the pharmacy store
To our front door.

The artist duo has since its conception worked towards creating an artwork based mythology encompassing themes of philosophy, politics, science and religion. If you inject these topics with a solid dose of dystopia and a colour palette that would make Hockney, Murakami and Warhol envious and you’ll have the collaboration known only as Guttestreker.

Petter Malterud Grøndahl (b. 1989) and Christoffer Kroge Christensen (b. 1990) has an artist collaboration unique in the Norwegian contemporary art scene. They work, each in their own way, on large scope artworks where they delve into topics relevant for our day and age. They will often spend half a year on each separate piece. Petter and Christoffer found each other artistically late in the fall of 2015 and this journey, based on their collective interest in science and philosophy, began. Since then they have opened their own gallery, art print studio and have been exhibited widely in their native country, Norway. Upcoming exhibitions for 2021 have been planned in Bergen, Oslo and Kristiansand.

Previously they have been commissioned projects by Amnesty, Toogoodtogo, Mercedes Benz, Redbull and Microsoft Norway, just to name a few. 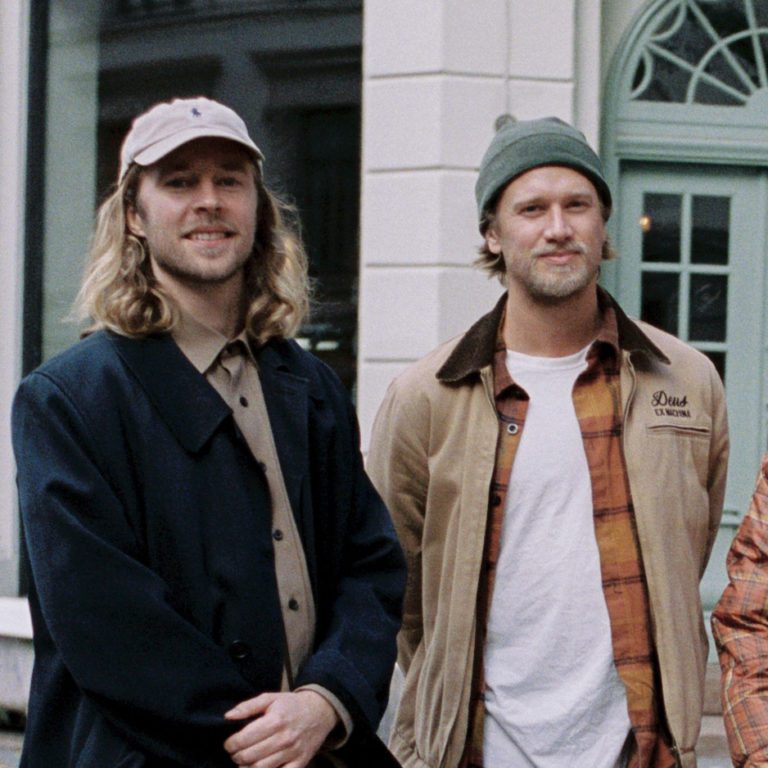